Rocket Lab’s two-stage Electron vehicle has not been covered here at Aerospace Perceptions before now, largely because to date the company’s launches have taken place on the opposite side of the globe from a complex in New Zealand. But in the relatively near future, that may change.

Last week Rocket Lab announced the first three scheduled launches from increasingly-busy Wallops Island, Virginia. The company’s Launch Complex 2 was built at Wallops’ Mid-Atlantic Regional Spaceport and has been awaiting its first Electron launch for three years, a delay largely generated by stringent safety initiatives in NASA software covering flight termination systems. But as soon as later this year an Electron will soar on a dedicated mission for Virginia satellite company HawkEye 360. 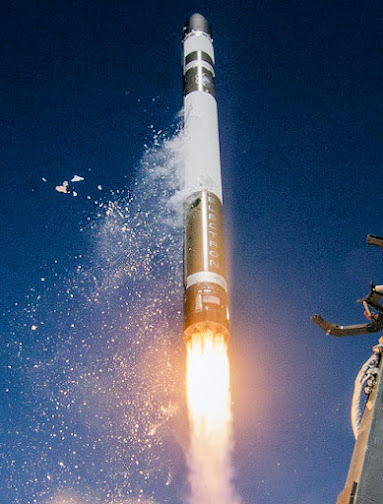 The payload for this initial mission launching from Virginia will be six radio-frequency-monitoring satellites, with nine more to be included in subsequent launches. As noted in a press release announcing these three missions, “HawkEye 360 provides commercial and government customers with insights that have helped to detect illegal fishing, poachers in national parks, GPS radio frequency interference along international borders, and emergency beacons in crisis situations.” 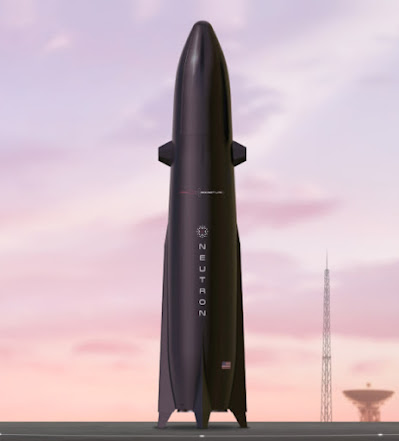 Standing half as high as a space shuttle orbiter’s length, the Electron is unique in that it utilizes an electric pump configuration that feeds its Rutherford liquid propellant engines, built by Rocket Lab in Long Beach, California. By 2024 Rocket Lab hopes to implement launches of its under-development Neutron rocket from a second location on Wallops Island. This new vehicle will stand twice as tall as Electron.

Rocket Lab is also working toward enhancing its ability to recover and reuse rocket stages. One thing the company has already perfected is a certain comedic levity in naming its missions. The first three Electron launch attempts in New Zealand were christened “It’s a Test,” “Still Testing,” and “It’s Business Time.” Those were followed by missions including “Pics or It Didn’t Happen,” “Return to Sender,” and the upcoming “There and Back Again.”