All Hail the Queen

The Boeing B-52 is the seemingly eternal king of the military skies for the United States Air Force. Introduced into service in 1955, the B-52H models that currently make up the USAF fleet will soon be receiving upgrades – and likely new model letter designations – that will see them continuing to serve through at least 2050, if not longer.

Equally regal – at least in the commercial realm – is the aircraft long known as the Queen of the Skies: the Boeing 747. Officially entering into service in January, 1970, the 747 has not been flying quite as long as the B-52, but the lengthy career of this aircraft is no less astonishing. 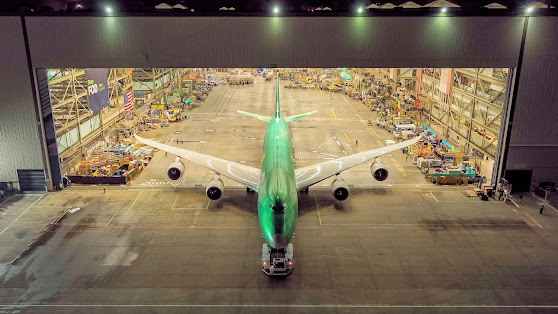 Last week a brand new 747-8 freighter completed its final assembly phase and rolled out of Boeing’s Everett Washington plant. It was, as always, a proud moment – but also a bittersweet one, as this marked the end of the 747 program after nearly 55 years of production.

In that time the design of the 747 has been proven to be remarkably durable and flexible, adapting to various purposes.

Over 1500 747s have been produced across multiple variations of the original aircraft, with that first commercial flight for Pan Am signaling the arrival of the “Jumbo Jet” era – large jet aircraft designed to carry hundreds of passenger in comfort on long-duration flights. 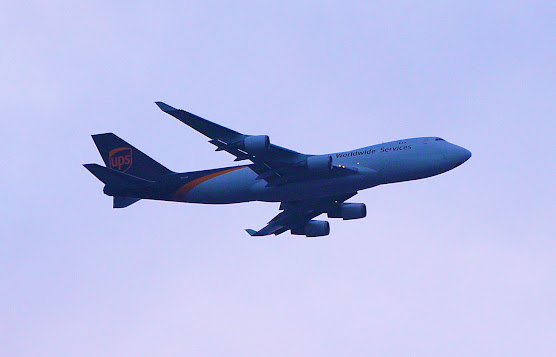 The 747 proved equally valuable as a large-capacity cargo aircraft. In fact, 747 passenger usage in 2022 has dwindled to just a few aircraft for airlines including Korean Air and Air China. Lufthansa fields the largest fleet of 747 passenger jets, with more than two dozen still in service.

But despite diminished passenger flight usage, the cargo realm remains the domain of the 747. In fact, as I write these words no less than 20 Boeing 747-400s are in the air over the United States. They belong to the shippers almost everyone is familiar with – United Parcel Service and FedEx – as well as numerous specialized shipping firms like Kalitta Air, Sky Lease, Atlas Air, Magma Aviation, and Cargolux. 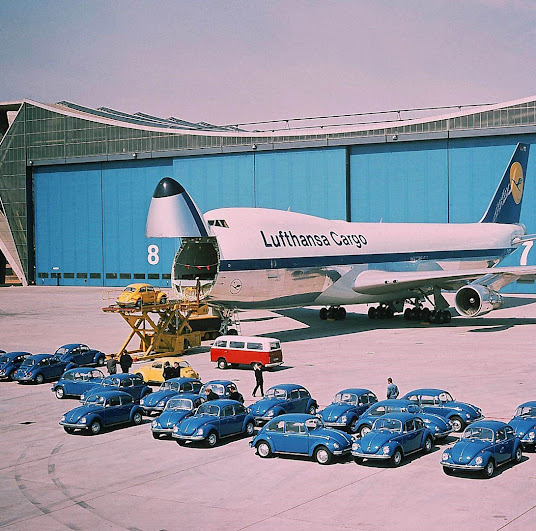 Revolutionizing the transport of Volkswagen Beetles. In 1972 Lufthansa shows off the cargo capacity of its then brand new 747-200 freighter. Photo: Boeing

Cargo 747s have adapted to their commercial environments, with noses that open and flip upward to allow bulky shipments to be more easily loaded into the aircraft. In the case of the 747-400 Large Cargo Freighter developed in the 2000s, the aircraft fuselage in front of the tail swings open for loading. 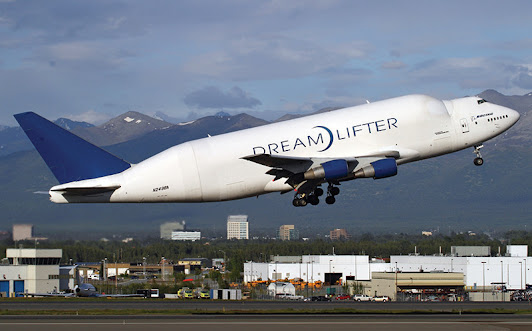 The Dreamlifter may appear ungainly, but it boasts an astonishing 65,000 cubic feet of cargo capacity. Photo: Atlas Air

The swing-tail variation aircraft, more casually referred to as the Dreamlifter, has a massively expanded body that increases its capacity to three times that of a standard 747-400 freighter.

Beyond the obvious passenger and cargo implementations of the 747, several unique and specialized uses have been seen over the decades. 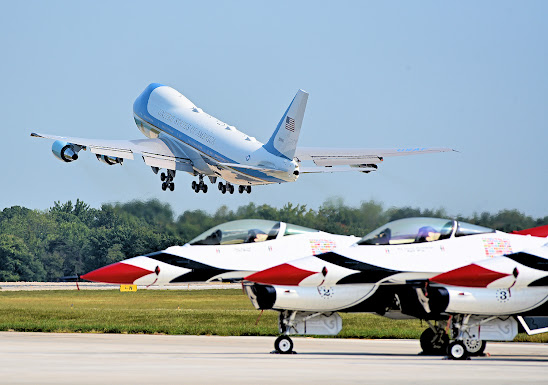 Air Force One rises into the skies over the United States Air Force Thunderbirds at Joint Base Andrews in Maryland on September 17, 2022. President Biden was traveling to the funeral ceremonies for Queen Elizabeth II. Photo: Frank Moriarty/Aerospace Perceptions

Of course, the most widely recognized of these 747 variations is the VC-25A, the airplane most people immediately think of when they hear the designation Air Force One. In reality, any USAF aircraft bearing the president becomes Air Force One, no matter the size or model. Joint Base Andrews outside Washington DC is the home of the VC-25A aircraft, operated by the 89th Airlift Wing. 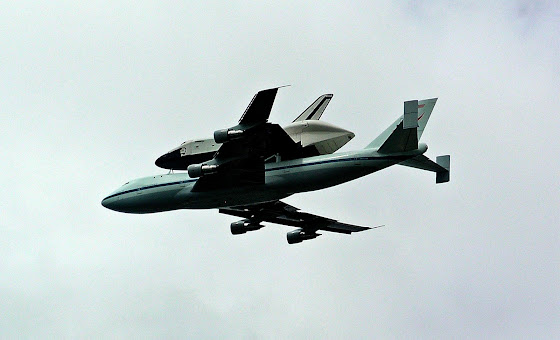 The test orbiter Enterprise arrives over New York in style aboard a 747-SCA on April 27, 2012. Enterprise was heading to its new home at the Intrepid Sea, Air & Space Museum in Manhattan. Photo: Frank Moriarty/Aerospace Perceptions

Two 747s were modified to become Shuttle Carrier Aircraft. The SCA played a pivotal role in the space shuttle program development, carrying the prototype orbiter Enterprise in approach and landing tests in the 1970s. Both SCA planes had long careers carrying all five of the space-flown orbiters that came after Enterprise.

There’s even been a firefighting 747 modification. The 747 SuperTanker joins fellow wide-body passenger jet airframes including the DC-10 and MD-11 modified to battle blazes. But the 747 holds the crown as the aircraft with the greatest firefighting capability, able to haul up to 20,000 gallons of water or fire retardant. 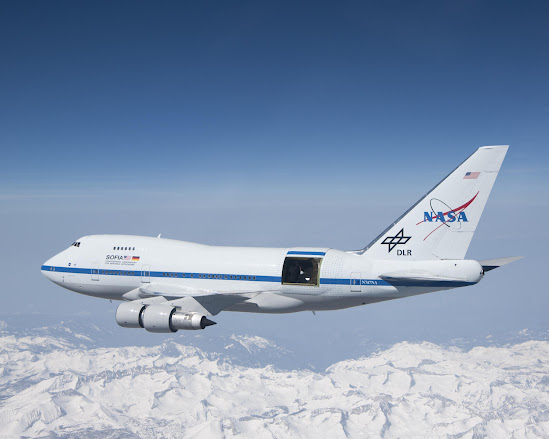 The infrared telescope of SOFIA can been seen in this 747's custom fuselage opening. Though seen here in daylight, SOFIA conducted its scientific observations in darkness. Photo: NASA

Ironically, late in 2022 as the final 747 was built in the state of Washington, another 747 with a NASA connection came to the end of its service life. Starting out life as a Pan Am Boeing 747, this aircraft took on a new purpose and a new name: Stratospheric Observatory for Infrared Astronomy, or SOFIA. SOFIA was modified to carry a special telescope to study infrared astronomy, something best accomplished from platforms high in the atmosphere. This 747 became just that platform, carrying the 38,000 pound, 100-inch telescope in search of new discoveries, including confirmation that water molecules exist on the surface of the Moon. SOFIA’s first full science flight took place on November 30, 2010.

It's somehow fitting that as the final Boeing 747 prepares for a long commercial life after marking the end of 747 production, SOFIA’s scientific career also concludes. SOFIA will soon be on display at Arizona’s Pima Air & Space Museum in Tucson. But really, with such a landmark existence in the realm of aviation, any Boeing 747 is worthy of such appreciation.

With that in mind, happy holidays from Aerospace Perceptions! 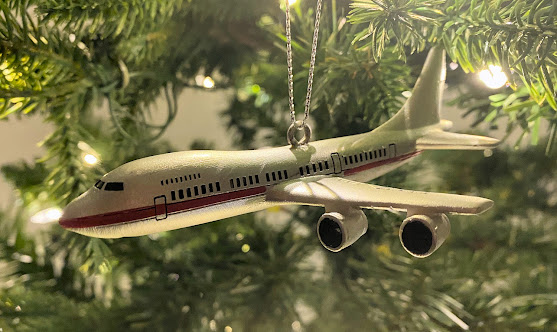 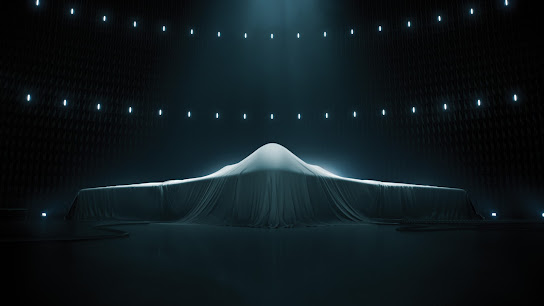 See what's under the covers on December 2, 2022. Image: Northrop Grumman

Back in early June Aerospace Perceptions covered a B-2 flyover at Dover Air Force Base as well as information about the B-2’s planned successor, the B-21 Raider.

Tomorrow, December 2, 2022, the all-new B-21 will be the star of a public unveiling at Northrop Grumman’s Palmdale California facility. “This changes everything” the aerospace firm notes in a post offering a ten-second video promoting the event on Facebook, and that’s an accurate assessment. Though the B-21 may at first glance resemble the B-2, this new smaller aircraft boasts the same long-range capabilities as its predecessor now made even more potent.

It’s been more than 30 years since the U.S. Air Force implemented a new bomber aircraft, so the growing excitement over the B-21 rollout reflects that decades-long expanse. The Raider stands as a major advancement in stealth technologies and in the digital methodologies used to discover, design, and then test those enhanced approaches to masking aircraft operations. Speculation has also focused on whether the B-21 will be operational without a crew onboard, in addition to configurations hosting humans playing traditional roles.

Northrop Grumman has announced the unveiling is scheduled for 5 p.m. PST/8 p.m. EST. The following link has been provided for viewing the event: