The Twitter presence of United Airlines aspires to establish the airline as your pal, with a “personality” that ranges from wry to whimsical. “Drop your perfect vacay using emojis only and we’ll guess the destination!” the account playfully instructs its followers in one tweet this week. Another – dispatched on Wednesday - confesses, “Our hearts went BOOM!” accompanied by a smiley face with hearts for eyes.

This latter tweet, of course, serves to herald the airline’s upcoming plans to deploy a fleet of Overture airliners – the new supersonic concepts being brought to reality by Denver’s Boom Supersonic. United joins Japan Airlines as the initial commercial customers for this new aircraft. 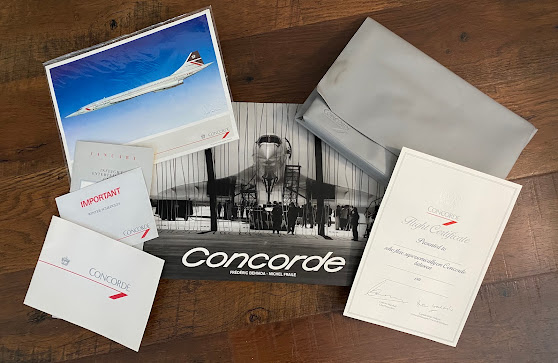 The vision of commercial supersonic travel was brought into reality in 1976 by the Concorde, an aircraft documented in dozens of books, but none more beautiful than this oversized publication by Frederic Beniada and Michel Fraile. It is seen with commemorative materials given to Concorde passengers. Photo: Frank Moriarty/Aerospace Perceptions

It’s been nearly two decades since the last flights of the Concorde, the incredibly graceful airliners that brought supersonic travel into reality from 1976 to 2003. And looking through the stunning photography in the beautiful book Concorde by Frederic Beniada and Michel Fraile, it’s little wonder that this aircraft had dedicated fans of its futuristic stance. 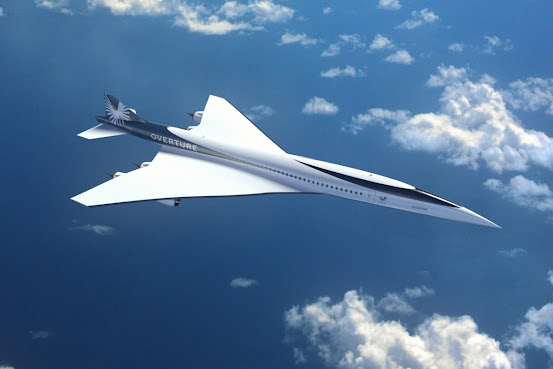 An Overture depicted in the thin air of its cruising altitude, 60,000 feet. Image: Boom Supersonic

Overture’s design hallmarks certainly call to mind its predecessor. The long, thin body following a needle nose ready to pierce the sound barrier, the wide sweeping wings with engines mounted below. But naturally, a closer look reveals significant differences, including a subtle gull-wing design to reduce noise and stress from the four engines. 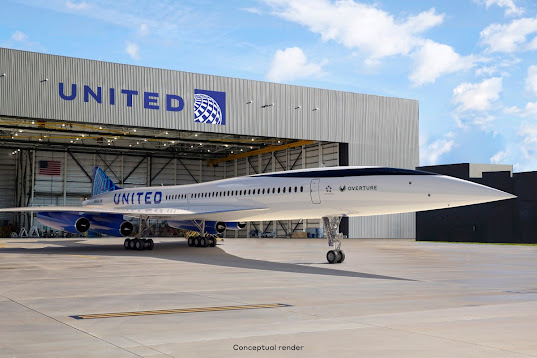 All dressed up: Overture in the livery of United Airlines. United will purchase 15 aircraft from Boom Supersonic, with an option for 35 more. Image: Boom Supersonic

Of course, lighthearted tweets from corporate airlines do little to dim the glaring suspicion of many raising environmental concerns about the implementation of a new supersonic aircraft, particularly in the midst of a week that has seen scorching ambient temperatures baking vast stretches of the upper half of the planet. But United’s media materials are quick to note that Overture’s propulsion is vastly different from the 1960s technology that was the hallmark of Concorde. The airline’s announcement of its partnership with Boom Supersonic stressed: “Once operational, Overture is expected to be the first large commercial aircraft to be net-zero carbon from day one, optimized to run on 100% sustainable aviation fuel (SAF)… United and Boom will also work together to accelerate production of greater supplies of SAF.”

The first flights of an Overture aircraft are planned for 2026, with commercial air fleets taking to the skies within three years of the test program.

It Followed Me Home

It’s one of the oldest and most reliable story crutches in the realm of science fiction: humans brashly depart our home planet to explore space, returning some time later. But they haven’t returned alone – stowing away is a) a hostile alien being or b) a microscopically small killer that threatens planetary extinction.

It’s that latter scenario that hovers over NASA’s plans for digging into the past of Mars. And though the discussion of such a threat has generally remained out of the public eye, over the July 4 holiday weekend the topic made a big splash in one of the most well-regarded newspapers in the United States, the Philadelphia Inquirer. 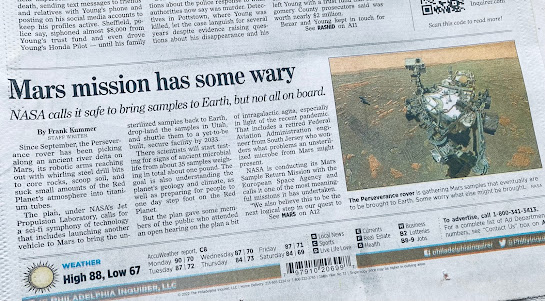 NASA’s remarkable Perseverance rover, which arrived on the surface of Mars on February 18, 2021, has been collecting samples, among its many other scientific endeavors. Deposited into tubes, these samples of rock and other materials – each weighing about .5 ounce - are left by the rover in its wake in a process NASA calls “depot caching.” The tubes are dropped off by Perseverance at several specific locations. NASA’s plan for these tubes? Here’s where the controversy brews. 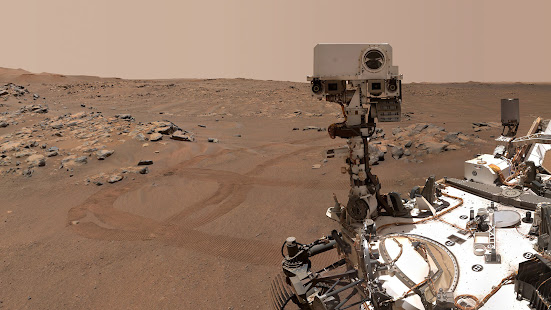 NASA’s Perseverance rover captured this self-portrait on Mars on September 10, 2021. The rover’s most recent movements before the photo was taken can be traced in the tracks seen on the planet’s surface. Photo: NASA

In the next ten years, in an operation in partnership with the European Space Agency, NASA hopes to initiate the Mars Sample Return Mission. The plan is for another vehicle to venture to Mars, retrieve the Perseverance samples from their storage locations, and return to Earth. The samples will arrive on our planet in Utah, destined for a secure scientific facility yet to be constructed.

No doubt NASA will go to the greatest of lengths to offer reassurance about its Mars objectives and procedures to be implemented, and officials have indicated this plan has a “low likelihood of risk.” But as awareness of the Mars Sample Return Mission grows, one thing is certain: a swelling chorus of concern is likely to join those who are already sounding words of alarm – particularly in a general population that has spent several years wrestling with the impact of COVID.

The Philadelphia Inquirer article referenced above can be read here:

The access portal to NASA’s many online resources covering the exploration of Mars is here: