We are the Explorers... 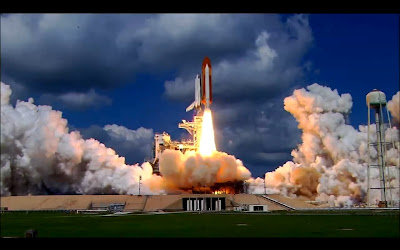 It's too easy to become bogged down in the world of hardware, calculation, budgets. Too easy to lose sight of the wonder of what has been accomplished and what lies ahead.

Need a reminder? I did.

Courtesy of NASA, it's right here... Everything you need in just over 2.5 minutes!

The line above from a Genesis song on The Lamb Lies Down on Broadway could be describing an amazing project that resulted in a tremendous scientific breakthrough several days ago: tunneling into Earth to discover things about the outer regions of our solar system.


The Vostok Research Station, established in 1957, is located in one of the most forbidding locations on Earth, isolated on the East Antarctic ice sheet. The coldest temperature ever recorded on our planet was logged there in July 1983: minus 128.6 degrees.

What does this have to do with space exploration? The work being done here may pay off with clues to the possibility of life existing on the moons of Jupiter.


For ten years, scientists and researchers drilled down tremendous depths, through two miles of solid ice. Their goal? To reach Lake Vostok, a huge, subterranean body of water deep below the Antarctic. On Sunday, February 5, they broke through, finally confirming that they had reached the massive underground lake, which is comparable in size to Lake Ontario.

Now things get interesting: despite the fact that Lake Vostok's waters have been sealed off from the surface for millions and millions and years, debate rages over whether life in some form still exists in the waters. It is believed that gravitational forces cause high and low tide conditions, despite the fact that the sealed lake is under pressure. The motion, theoretically, provides sufficient circulation for the survival of ancient microorganisms. Similar conditions may one day lead to the discovery of life in water on the icy, frigid moons of Jupiter.

More on the project and the successful breakthrough to the waters of Lake Vostok:

Crunching budget numbers. It’s the decidedly unglamorous aspect of spaceflight, but it sets the parameters of what NASA can and can’t do.

Right now we’re on the verge of the release of the Fiscal Year 2013 budget for the space agency, and leading indicators are painting a not-so-pretty picture for a host of initiatives. One of the biggest hits looks like it will be taken by the Science Mission Directorate, the branch of NASA responsible for much of the exploration and research that perception-wise symbolizes the agency as an entity.

<>
And at a time when funding for SMD is far from free-flowing, a further disruption impacts what little cash flow there is: cost overruns on the James Webb Space Telescope. Over $3 billion has already been spent on the troubled project, with billions more in the wings to complete the 14,000 pound behemoth. Launch of the telescope – which will eventually reside thousands of miles from Earth, compared to the Hubble Space Telescope’s relatively low 350-mile orbit  - may still be a half dozen years down the road.

<>  <>
Its detractors – and there are many - have been vocal. In a 2010 analysis of the state of the project, Nature: The International Weekly Journal of Science derisively referred to the Webb telescope’s voracious appetite for funding as “the telescope that ate astronomy.”

Of course, the discoveries that may emerge from the new space telescope based at its unique vantage point at the Lagrangian Point L2 – 930,000 miles from Earth - could make the huge expenditure seem like a worthwhile investment. But given its rising tab and its reliance on bold new technologies, the hoped-for returns are far from certainties in these belt-tightening times.