One of the biggest thrills a space tourist can experience – not counting those tourists either financially well-off enough or lucky enough to find themselves actually launched into space – unfolds every few minutes at Kennedy Space Center Visitor Complex in Florida.

After watching a brief documentary, visitors are suddenly – and dramatically – presented with a sweeping view of the space shuttle orbiter Atlantis. As far as generating a goosebump-inducing experience, the revelation of Atlantis has been pretty much unrivaled.

Next week groundbreaking will take place on a new home for Atlantis’ sister orbiter, Endeavour. In 2021 the decommissioned space shuttle orbiters were dispatched across the United States for display. Here the first orbiter to fly, the test vehicle Enterprise, is seen en route to its new home in New York. Photo: Frank Moriarty/Aerospace Perceptions

In September 2012 the decommissioned and safed Endeavour arrived in California for transport to its new home, the California Science Center in Los Angeles. Since going on display shortly thereafter, Endeavour has been visited by thousands who have seen the orbiter horizontal in a temporary pavilion. But bigger plans are at last coming to fruition.

The Samuel Oschin Air and Space Center will be constructed adjacent to the California Science Center. The construction, estimated to take approximately three years, will result in a stunning presentation of Endeavour standing vertical as though ready for liftoff, mated to the last surviving space shuttle external tank and two solid rocket boosters (with, of course, propellants removed). 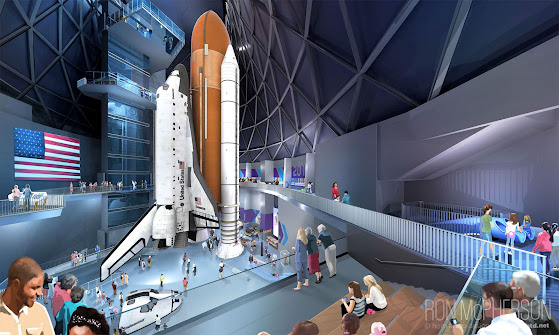 Having stood beneath Atlantis on the launch pad just before the STS-135 mission completed the space shuttle program, I can attest to the awe-inspiring nature of witnessing the full stack of the space shuttle system towering overhead. This new museum setting will be an appropriate depiction of one of mankind’s most amazing technical developments and will doubtless leave visitors with unforgettable memories.

Groundbreaking for the new space center is scheduled for June 1, with much additional information on Endeavour’s new home to come in the wake of the ceremony. Visits the California Science Center website to learn the latest:

Sculpting the Skies with an F-22

With the first airshows of the 2022 season getting underway, I happened to take a look back at some of my work from 2021.

One of my favorite images pulled from the skies last year is this photograph of a Lockheed Martin F-22 Raptor as seen during a practice flight over New Jersey’s Millville Executive Airport. The image as a whole isn’t particularly noteworthy – F-22s frequently create their own cloud systems while maneuvering, which often translate into stunning photos. But the attraction here is in the details: an unusual exhaust pattern that is particularly striking. 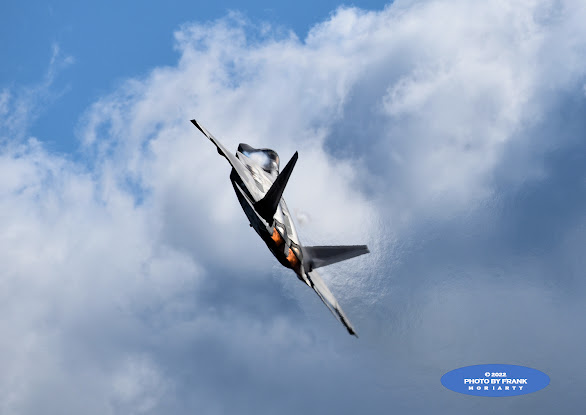 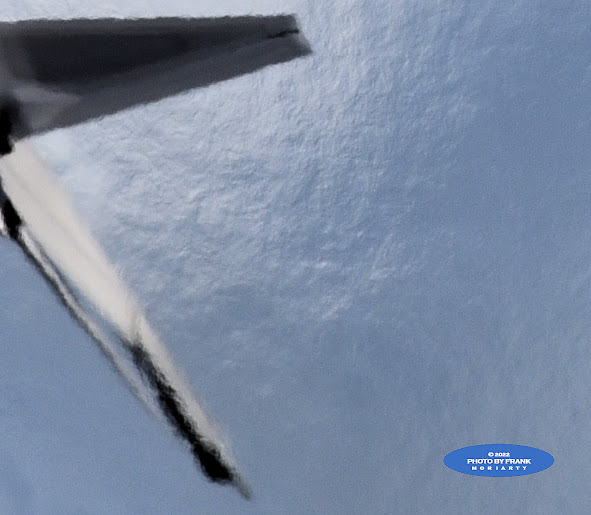 From the heat and moisture content being displaced by the aircraft, the sky itself has taken on a three-dimensional appearance. It looks as though it’s a solid section, hovering in mid-air with a texture that could be felt – if you could only get your hands a few thousand feet up and not get burned as well!

Last year I had a half-dozen opportunities to photograph the F-22 in action, and look forward to further encounters in 2022.